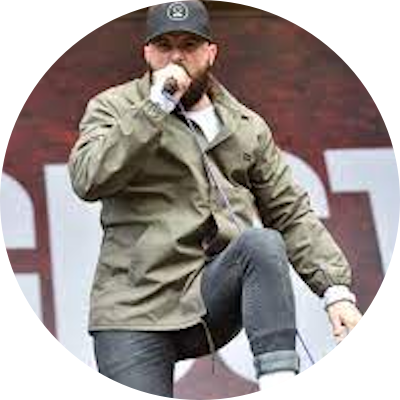 Jake Luhrs is the lead singer of Grammy-nominated metal band, August Burns Red and founder of HeartSupport. To date, he has toured hundreds of countries internationally and reached the Top 10 BillBoard charts multiple times. After seeing his fans struggling through addiction, depression, and suicide ideation, he prayed one evening for a way to help his fans and people around the world find hope and faith. The answer to that prayer was HeartSupport. In the short years Jake has been running HeartSupport, he has united bands and fans alike to carry a message of hope, healing, and restoration to a scene that is typically viewed as “dark” and “without hope.” His efforts thus far have led the organization to be nominated twice for philanthropic awards up against the likes of Doctors Without Borders and the American Cancer Society. In 2016 he won the Artist Philanthropic Award at the Alternative Press Music Awards in recognition for his work at HeartSupport. In addition to HeartSupport and his band, he also runs a clothing line company called “More Weight” that inspires others to reach and achieve their health goals through community support.